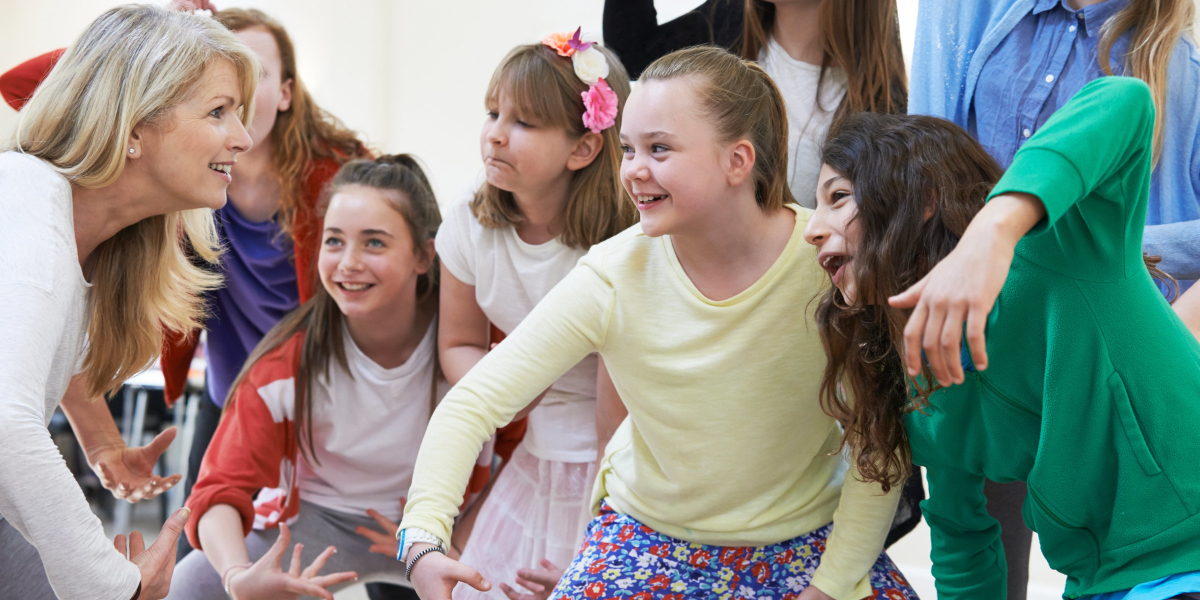 Much of the focus on enrolling kids in activities centers around sports. Debates on how early you should get them started, how much practice is too much, and how out-of-hand parents can get from the sidelines.

But if you’ve got a kid who’s a little more creative and a little less athletic, finding an activity that interests, motivates, and inspires your child can be a challenge.

If you’ve never thought of trying acting classes for your child, here are 9 great reasons you should give them a try:

Getting up onstage – or even in front of other classmates in your acting class – takes a lot of courage. This is especially true if your child suffers from shyness.

Acting teachers are experienced with bringing their students – young and old – out of their shells through games, exercises, and performances. And the confidence that develops translates to school and everyday life.

That kid that hides in the back of the classroom and refuses to answer questions at the beginning of the year may be offering answers after a few months of acting lessons.

When you act, even in short pieces, you’ve got lines, stage directions, characterization, and more to remember.

Your memory is a muscle just like your biceps or core, so the more you exercise it, the better it gets.

By giving your child extra practice using their memory, they’ll be more able to remember facts and figures for class and employ tricks that will be useful later in life.

In many cases, public speaking isn’t formally taught until at least high school. However, even elementary school students must be able to present reports in front of their classes or answer questions.

Theater teaches them valuable public speaking skills before ever getting formal instruction, including:

Developing these skills early gives your child a leg up on everyone else in class so they can further grow and develop as a public speaker.

Showing up to rehearsal each and every day, especially if you don’t have a large role, takes a lot of dedication. It’s much easier to ignore rehearsal and stay home than it is to show up and put in the work.

By building the habit of making a commitment and seeing it through to the end, your child will be better able to tackle the rigors and expectations of school, work, and life in general as they grow.

Making friends isn’t easy, and it can be difficult if your child is always around the same kids they’ve always known.

Acting classes expose them to new potential friends, and these friends share an interest in acting and theater with your child.

Additionally, working hard to perform a play can create strong bonds between kids, giving your child friendships that last far beyond that one class.

Backing out on a promise you’ve made to someone else is never good, and learning this lesson early is important to overall success in life.

If your child commits to an acting class and a performance, they have to not only show up each day, but also learn their lines, learn their blocking, and put in their best performance every time.

You may be able to help them with their homework, but putting in a great acting performance and developing their skills in class is all up to them.

Building creativity is a skill that needs to be practiced; it isn’t something that happens naturally. The more your child uses their imagination, the better it gets.

Acting classes use games and exercises to help participants develop characters and create a believable performance, something that comes purely from creativity.

Not only is creativity important to artistic endeavors, it is essential to problem-solving that’s necessary in school, work, and life.

Acting isn’t just about the words that come out of your mouth. It’s also about the way you move your body and react to the things that other actors are saying. Without proper non-verbal communication of a character, your performance isn’t as effective.

Acting classes teach children how to convey their thoughts and feelings through their faces and body language, and also how to read the non-verbal cues sent by other people. This makes them more effective communicators in the real world.

Figuring out how a character develops and changes throughout the course of a play is more than just instinct; it requires some problem-solving.

Your child learns to use the pieces they’re given in the script to figure out what happens between the lines and present an effective character on the stage.

Additionally, many acting classes use improvisation exercises to get students used to thinking on their feet. Improv relies heavily on problem-solving, as participants have to create a coherent, believable scene out of seemingly random pieces of information on the spot.

At Dance Unlimited, we firmly believe in developing the whole performer – body, mind, and spirit. All of our classes are conducted in nurturing environments meant to allow your young performer to experiment and make mistakes, becoming a better version of themselves in the process. Tour our facility today!